Come on Inn: First Stay is SFP's first otome demo. It will be short and simple, as it will be an introduction of key concepts that will appear in a fully expanded game. CoI: First Stay currently does not have a release date yet, and is being made with Ren'py. It will be free to play but Patreon donations or donations upon downloading are welcome as support for the expanded edition.

The objective of CoI:FS is to make a good impression on three new guests at your inn. 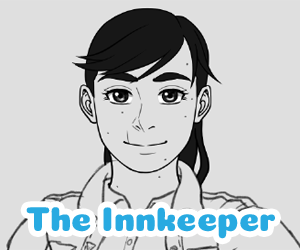 The Innkeeper is the main character of the game; her name, as well as the inn's name, are given by the player. Ever since she was a child, she has always loved hearing tales from adventurers at the local inn. She ventured out to go make her own stories, but decided that things weren't as exciting when one experienced them in person, and opted to start her own inn in order to collect more tales and hijinks from customers.

In First Stay, three new customers reserve a room at the inn. 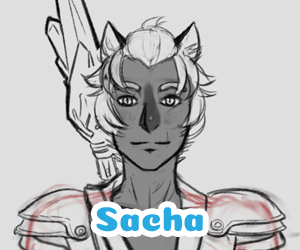 Sacha is a Mawrian, a humanoid cat race known for being fierce warriors and fighters in all sorts of combat practices. Despite that, Sacha is a white mage, a healer who can wield magic to aid their healing skills. He is friendly and is rarely seen sitting still. 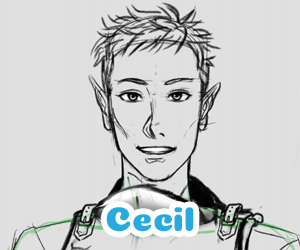 Tall and slender, Cecil is a rarity, for elves are known for archery and keeping to themselves. Cecil, however, is more than his appearance. He works as a Defender, a warrior from a guild focused on defending clients, escorts through perilous lands, and hired swords. Cecil's smile is a little shy, but underneath is a strong heart. 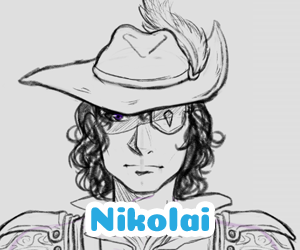 Nikolai is eye-catching; despite his cool demeanor and perpetual deadpan expression, he exudes confidence from the feather in his hat down to his finely crafted leather boots. As both a duelist and a hunter, he is good at laying traps and striking with swift precision. Nikolai enjoys solace, but maybe he's not as unfriendly as he appears.

*All designs subject to change* 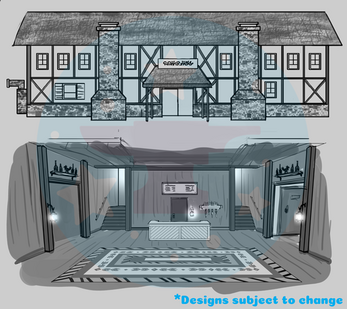